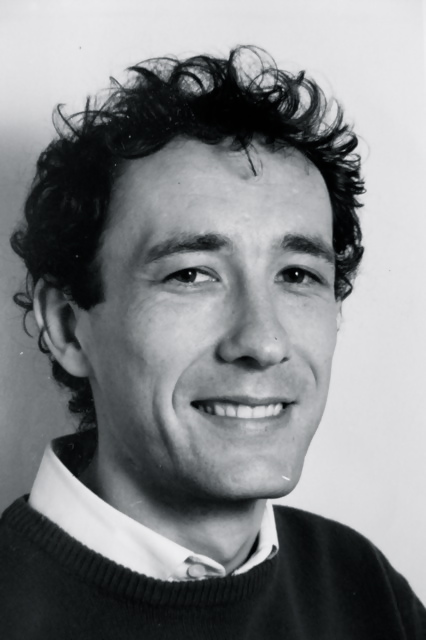 Patrick Vernon was born in 1958 in Saintes, France in the Charente-Maritime, where he spent his childhood and early adolescence. He began to draw early on, and after graduation he was accepted to the sculpture program at Bordeaux University 3, which he eventually abandoned.

In 1981 he traveled to London and Berlin, and in 1983 to Paris. From 1990 onward he lived in Madrid. Sensitive and vulnerable, he disdained social conventions and any attempts to control him.

In the late summer of 1997 he felt a paresthesia in one leg, and in one arm shortly thereafter. Doctors were at a loss, and presented different conjectures, until in the end a diagnosis of ALS, amyotrophic lateral sclerosis, was made. Within a few months he was no longer able to climb stairs and was ultimately forced to give up his work and his apartment. By early 1998, dependent on a wheelchair, he lived in a special-care home in Madrid. He died on June 13, 1998 in a specialist clinic near Toulouse.